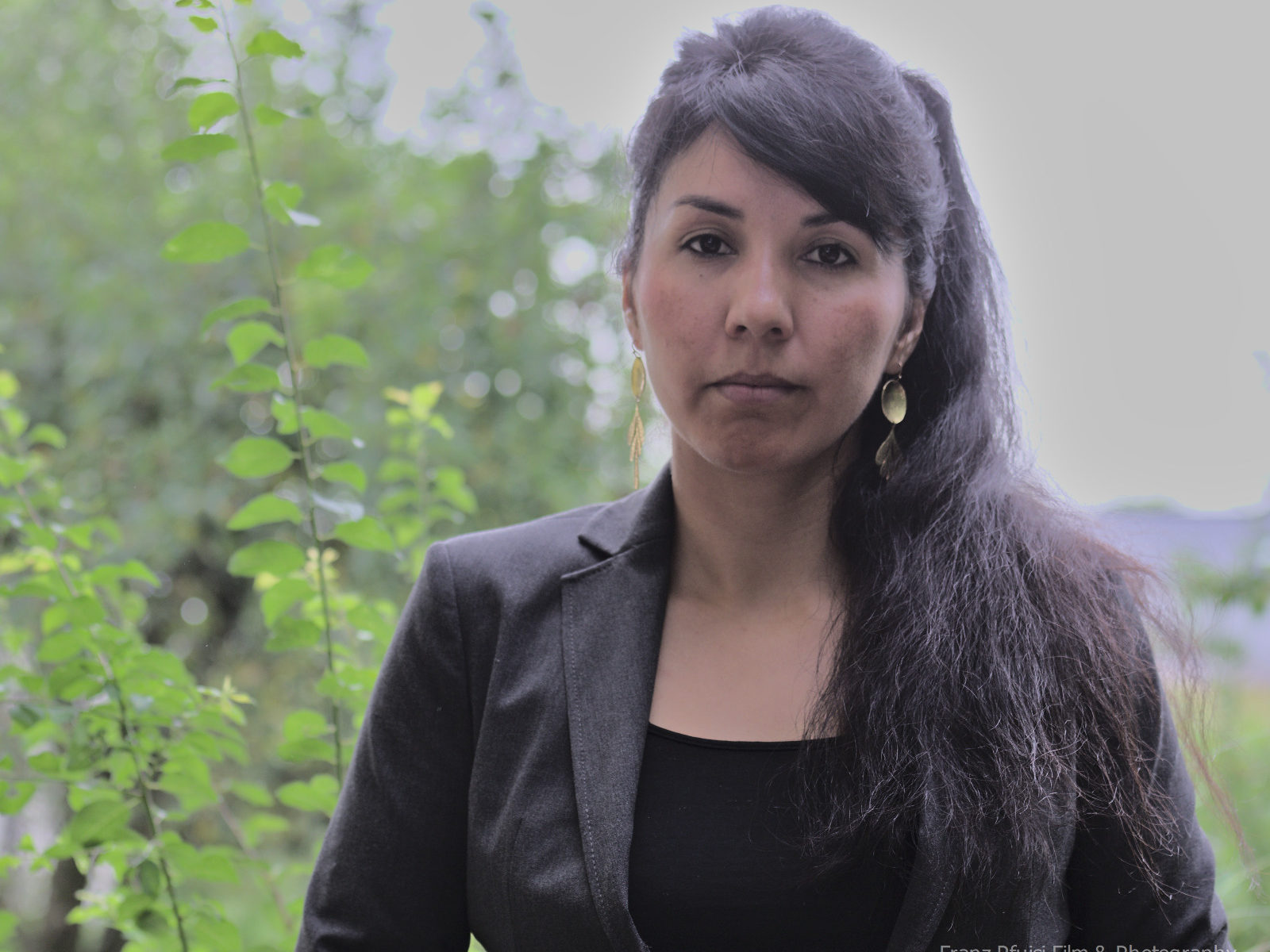 For me, “Afghanistan” is not a job. Nor is it a passion or a hobby. It is personal involvement, my story, my family – my responsibility and my duty. That is probably the reason why I find it so overwhelming to act the part of “expert” on Afghanistan for Austrian society and simultaneously be “the only hope” for so many fellow Afghans. Truth is, I am neither a reporter nor a savior.

Last summer has drastically changed the lives of the people in Afghanistan and of the Afghan diaspora. The rise of the Taliban to power led to the death of hundreds of people as they tried to flee. Some died on the runway of the Kabul airport. More than 200 people were killed and injured by the suicide bomber at Kabul airport during the evacuation in August. An undetermined number of people lost their lives on the borders of neighboring countries, and many more continue to die as they seek a better place to live.

No need to talk to Afghans about agony, despair or loss. Or about resilience.  About the hunger for life, the strength to go on and on, no matter how many times and how hard fate knocks them down.

But there is a need to talk to non-Afghans about the country’s struggles because the world suddenly remembered Afghanistan on that fifteenth of August, when the Taliban took over Kabul. It had many questions, often the very same as in 2001, when that godforsaken country got international attention.

While most people in the country held their breath, hiding in their homes, and those who could tried to find an exit from this hopeless place, the international media descended upon Afghans in the diaspora for comments and reactions on what had just happened. I was one of those Afghans who dedicated herself to be the voice and face of my people.

Like millions of my fellow Afghans, I was shocked and devastated by the transition of power at an alarming rate in my country of birth, where my family still lives. I was also disappointed by the refusal of my current home country, Austria, to help us. A friend of mine, a former high-level politician, advised me not to go public with my family story because chances of getting visas for them would be better behind the scenes. However, the reporters continued to call and ask for interviews for television, newspaper and magazine articles, book contributions, talks at conferences and events. So, I accepted almost all of their requests, but secretly wondered whether I should have listened to my friend’s advice not to risk any chance of my family’s evacuation. The Austrian government, however, has not moved one bit from their initial “no-more-Afghans” policy. The events since August have assured me that Austria would not have granted a visa to my Afghan family members, whether I spoke to the media or not.

Half a year has passed since and these six months have left visible and invisible marks. I’m weak and without energy, exhausted and tired all the time. I have gained weight due to stress eating, and the lack of self-care shows. I am emotionally drained and want to ignore every piece of news on Afghanistan. At the same time, I have the urge to actively look up what is happening there. Unfortunately, I’m not the only one to be paralyzed by our lack of power. Apart from sending money to their families, thousands of Afghans around the globe can only sit and wait for better times to come to their loved ones in Afghanistan.

Many Afghans contacted me – and continue to contact me – to ask for help. They lack the language skills and rhetoric to speak to government or media representatives. I felt obliged to voice our concerns and cries for help also on their behalf. It was the least I could do. As if in a trance, I stumbled from one interview to the next for weeks, constantly trying to manage all the appointments in my private life as the mom of an 18-month old baby. I was also trying to get my family members on one of the evacuation flights from Kabul airport. Thankfully, Austrian friends helped me to fill in dozens of very complicated visa application forms for my family members and I tried to collect all the required documents from Afghanistan. Unfortunately, none of those efforts led to their evacuation. During the interviews, I constantly tried to stay in control of my own shock but felt ambivalent all the time: on the one hand, I was thankful for the opportunity they gave me to speak up and on the other hand, it sometimes felt like I was being exploited by the same media. I could not help but think that Western media approached the fall of Afghanistan as a temporary news sensation, while for us Afghans it was and is about the world as we know it.

Even though I was well aware of how the media’s attention span and society’s interest work, I deemed it important to use the knowledge I have of both the Austrian and the Afghan cultures to explain the situation. I am by no means a scholar, and there are plenty of people who have a more extensive knowledge of Afghan politics and history than I do. However, how many experts actually grew up in both a very poor, traditional Afghan ethnic minority family and in an educated Austrian middle-class family? The deep insights that I gained from living a family life in two different cultures and different social classes enhanced my reflective faculties and my cultural mediation abilities. Adding to that my higher formal education and extensive travel around the world, I feel qualified to speak publicly about Afghanistan in Europe and in Austria in particular.

Honest debate instead of anti-Muslim rhetoric

Expert talks on Afghanistan often concentrate on the political entanglements, at the best of times, or get caught up in blaming each other. A number of so-called experts deliberately turn the conversation into a blunt anti-Muslim discussion. What such talks should really be about instead, is an honest exchange of views that enhances the understanding of that country and its peoples, based on experience and empathy. Only with a loving heart can one really discern and address the problems and their root causes. Only with empathy can one provide cultural explanations that aim at mutual understanding. Only with compassion can one simultaneously cry with the Afghan people, who are pawns in the hands of the powerful, and criticize their patriarchy, their harsh traditions and their irresponsible birthrate. Only with sympathy can one ask the Western governments to shoulder their responsibility and help Afghans in need without belittling them. An expert who loves Afghanistan and its people and who loves the wealthy Western countries and their people too will be able to lead such a meaningful debate. Don’t all high-level political decisions ultimately have severe consequences on the lives of innocent children and mothers? Shouldn’t all experts on Afghanistan therefor have family ties there, because it all comes down to a very personal level, to the fate of every single person living there?

I accepted to expose myself to public view and got lots of compassion, encouragement and hands-on support. My engagement with media in the aftermath of the Taliban takeover also brought me negative feedback. People commented, for example, that I should stop begging for help and just go and fight against the Taliban myself. After I shed light on the parlous situation of the Hazara ethnic minority, some fellow Afghans in Europe insulted me as a “dirty Hazara”. They accused me of being part of an Iranian terrorist organization and wanting to set the Pashtuns against the Hazaras. From the very first interview on, I tried to remain aware of the risks that such public exposure entails, so it did not hit me too hard. Instead, I asked those critical commentators in social media with Afghan roots to use their voice and knowledge to speak up in the news, too. There is never just one truth. Afghanistan is far too complex for one person to be able to summarize the whole situation in a few sentences. There are so many different realities within Afghanistan that there cannot be only a single story.

Why speak up though?

Why speak up though? What is the point of talking to Western media? How could the Afghan people benefit from Western societies’ understanding or awareness? There is obviously the need to bridge the difficulties between Austrian society and Afghan refugees here, considering the hostile atmosphere in society, enhanced by right-wing populism spread by certain political parties. Cultural mediation and representation are extremely important for both the Afghan diaspora and locals living here in Europe. What carried me through those exhausting interviews and events was the hope that with my contribution solidarity with the Afghan civilian population would increase a little in Austria and eventually lead to a different outcome in the next elections. Through my engagement, I hope that Afghans in Afghanistan and the diaspora in Austria would reap a tangible benefit in the long run. No matter how one looks at it, I find it better to do something instead of standing idly by and ending up in total resignation or frustration.

Masomah Regl was born in Afghanistan and was adopted by an Austrian family after she was severely injured in a rocket attack during civil war in Afghanistan. She studied conference interpreting in Austria and Spain and speaks several languages. Regl lives in Graz where she works as a political advisor on integration in the city council.